Can An Evangelical Christian Vote for a Mormon? 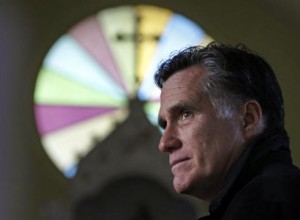 This question has stirred much debate. Historically, Christians have voted for candidates of different faiths, including Mormons, based on how they live their lives and how deeply committed they are to upholding the U.S. Constitution. Remember, God-ordained government, and we are not electing a pastor-in-chief, we are electing a commander-in-chief.

George Washington was Episcopalian, Abraham Lincoln had no religious affiliation while he was president, John Kennedy was Catholic and Jimmy Carter and Bill Clinton were outspoken Southern Baptists. Over a period of 223 years, our nation’s cities and states have been governed by people of many different faiths, including Mormons from both the Democratic and Republican parties.

Orrin Hatch, a Mormon, has served this nation as an effective senator and George Romney, Gov. Mitt Romney’s father, was one of the great governors of Michigan. His religion never interfered with governing, but his personal faith did define his strong marriage, family values and personal integrity. I believe this is the same for Gov. Mitt Romney. While there are major differences in the theology of evangelical Christians and that of Mormons, as well as those who practice the Catholic faith or the Jewish faith, we do share common values that are biblically based.

Americans must remember that while our nation was founded upon godly principles, we do not have a state religion. Rather, our Constitution provides for the freedom to worship without interference of government. Our forefathers shed their blood to win this right. We must be committed to electing a commander-in-chief who will protect this liberty and uphold the Constitution as one nation under God, and who will ensure God’s moral law will not be violated by changing the law of the land.

We are at a profound crossroads. Our secularized society has shaken its fist in God’s face and rejected His very name. Like Joseph and Daniel, we must not compromise when government clashes with the worship of God. We must not silence our voices to God’s law. We must use our influence to elect those who will govern with respect for the sanctity of marriage as between one man and one woman; the sanctity of life; and yes, the protection of God’s beloved nation Israel. We must not cast votes for officials—whether candidates of the Democratic, Republican, or Tea Party, or of a religious persuasion—that are against these principles of God. We have, in the past, elected Christians who have defied some of these very principles.

We need something like what Jerry Falwell did in the 1980s. We need a “moral majority”—made up of Christians, Jews, Mormons, Catholics and many others of faith—to come together to take a stand for our religious freedoms and rights.

In recent days, President Clinton said that President Obama “has a plan to rebuild America from the ground up.” But God-fearing Americans have no desire to see America rebuilt—but rather restored. To “rebuild it” would be to create a new nation without God or perhaps under many gods. This was never the intent of those who shed their blood for the freedom to worship as “one nation under God.”

I pray that all Christians and God-fearing Americans will put aside labels and vote for principles—God’s principles—that for many years have resulted in His blessing upon our nation.

So, can a Christian vote for a Mormon? The answer is yes.

Does God love some and hate others? And has He…

Irenaeus was a pre tribulation futurist