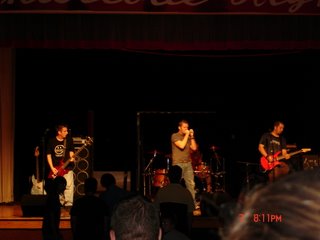 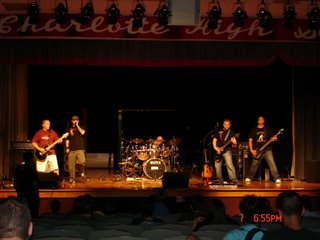 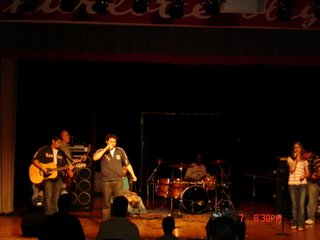 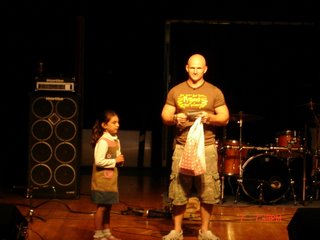 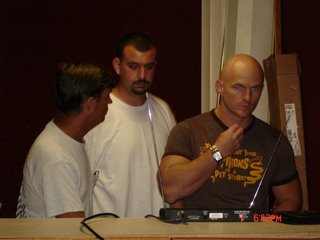 Invisible Image and Something like Simon did the school house rock at the "Night of Jam" Saturday night. That’s right, we literally did rock the schoolhouse, as our venue is the Port Charlotte High School auditorium.
Although a local radio station dropped the ball on our advertisement (we won't discuss who), we had a great crowd show up for the two best bands around.
We launched the show with some awesome creativity. We played a 60 second countdown that led to a climactic intro of the band Invisible Image. I was awestricken!
During the switch over to SLS, we gave away our first of five Ipods. One of the youth workers from Pastor Oz Ramkissoon’s church won the Ipod. Congrats!
Then, SLS took the stage. They didn’t give any slack to their ability to perform and captivate a crowd. Every time I have used them, they have surpassed the previous show.
What could cap the night of better than the H2o Youth Ministries, led by Pastor Ken Mcbeath, leading us in some songs of praise. It was amazing to watch the talent of this young crowd.
All of this was great, but it was not possible without the great leaders of Life Pointe. Awesome job!