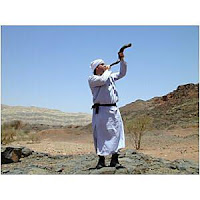 There is one fellow at Lowe's I am becoming particular friends with. He trained me, and being older than I has taken on some paternal tendencies toward me. Really cool, real funny. He is from Boston, he and his wife having moved down to be near the grandkids. He is Jewish, so he chides me about the historical blunders and shames of Christianity: one day can involve a discussion of the crusades as well as that trial of the preacher's wife who killed her husband.
He grew up conservative orthodox, but attends a reformed temple here in Nashville. He invited Kim and I awhile back, and Friday was the first opportunity for us to attend. Kim had grown up going to Messianic Jewish Temples, but this was a totally new experience for me. We met his wife, daughter, son-in-law and grandkids and proceeded in. It was a beautiful building, large and ornate. Little did we know it was blue jean night, and were a bit dressed up, but so many were there from work that we were not a bit out of place. There was much chanting, the majority of which was in Hebrew. It was beautiful, not only in sound but in thought (the translation as well as a transliteration following the Hebrew text). It was very edifying. It was amazing to hear all the discussion of holiness and justice and righteousness and peace!
This was a special shabbat, for they were blessing confirmations grads as well as those moving on from post-con classes. Evidently, after confirming, you can continue your Jewish studies two more years voluntarily. Thus the focus of the service was on these young men and women who had remained in the classes and were about to head of to college. I was struck by how committed these were their heritage, and to their faith. They were all presented with shofars, hence the pic. It was inspiring, and also troubling. I have not witnessed this kind of devotion very often in the communities of faith I have been apart of. Certainly from adults, but not from eighteen year olds. There are exceptions of course, and most youth groups do have a core that hold tight with one another.
I think what I am getting at on a broader scale is the strong sense of community that I (we, Kim was with me) felt there. There was a strong connection fostered there, even though Lew, my friend, had only moved down seven years ago, and said he didn't know anyone. One of the things that might have spurred this on was the way the building itself functioned as much as a community center/school/resource center/ advising office. The didn't have a karate night, rather there were activities constantly going on that reinforced who they were as a community, and bolstered their identity and faith.
This was a lesson I will ponder for some time. I am excited about the current trending in Christianity of reflecting upon the Hebrew roots of our faith, and reaping the lessons that can be learned there. I hope it is a bountiful harvest.