Who Knows What the Future Holds? 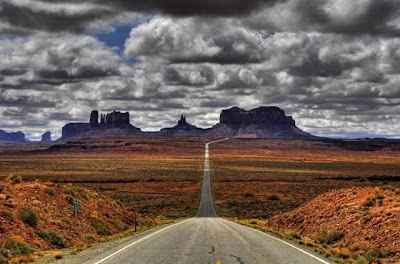 Admittedly, the election did not turn out as I had hoped. I am saddened by the fact that the President-Elect is going to pass legislation that will remove all restrictions for abortions, and that now a portion of my hard earned money, taken from me in the form of taxes will now be used, against my will, to fund abortions.
In reality, there are many issues that loom large on the horizon of America's future. There is the growing Russian threat. There is the deepening economic crisis. There is the socialization of American banks and businesses. There is the failing stock market. There is a moral crisis in America. There is growing unemployment, home foreclosures, international tensions, the shifting tectonic plates of American culture. At the same time there is and will be a resurgence of white power groups and threat of terrorism both domestic and foreign.
The Bible tells us that such a time would exist and just as all are about to despair, a great leader will be embraced by the world, he will promise peace, he will seem to have all the solutions, and he will even gain the trust and allegiance of the Middle East nations, including Israel. But then, just when it seems the world is experiencing unparalleled prosperity and peace, he will break the treaty he has brokered with Israel and the world is thrust into a time of great tribulation and ultimately ends with the battle of Armageddon.
Who knows what the future holds? God knows, and He holds the future. Regardless of how I wished the election had turned out, God's plan is on track and I believe the end is in sight.