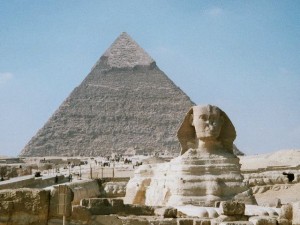 Increased persecution, the election of a Muslim Brotherhood president, the death of the Coptic Orthodox Church pope and thousands fleeing their homeland in fear of an uncertain future.  Followers of Jesus in Egypt have faced major challenges on their journey of faith in 2012. And Egypt is ranked No. 15 on the Open Doors World Watch List of 50 countries which are the worst persecutors of Christians. But there have been rays of the light of Jesus breaking through the gloom.

Earlier this month about 10,000 Christian young people came from all across Egypt for three days toworship the Lord and to seek God’s blessing for their country. The worshippers, mostly ranging from ages 13 to 30, gathered from 10 a.m. until 8 p.m. each evening. Many traveled hundreds of miles to the worship site in the middle of the desert north of Cairo.

“To sit among over 10,000 young people, worship with them in a roaring holy noise, listen to powerful and challenging messages and pray for God’s powerful presence in our lives; really, it is hard to describe in words,” says a Christian leader. “Sitting at the very back of the small soccer stadium gave me a good view of the scene. Thousands were sitting to my right, thousands to my left and thousands more in the middle. Hardly any empty gaps!

“The wonderful fact is that these young people came from all over Egypt. About 3,000 of them came all the way from many cities located in southern Egypt. They were accommodated in conference facilities available nearby. As for the remaining 7,000, they had to come all the way, every day, riding in the morning from Cairo and Alexandria in about 130 big buses, and then ride back home every evening for the night.”

According to the church leader, another 2 million followed the event on Internet and live satellite transmission. The three-day event was called “One Thing.” The theme of the meetings was taken from Psalm 27:4: “One thing I ask from the Lord, this only do I seek: that I may dwell in the house of the Lord all the days of my life, to gaze on the beauty of the Lord and to seek him in his temple.”

“The worship music was loud, the lights were attractive and the entire setting of this large youth conference was quite impressive,” states the leader. “However, what was really more impressive and touching, from my point of view, were those tears coming down the cheeks of boys and girls, and those genuine shouts of the name of the Lord that echoed across the silence of the desert proclaiming that our Father God is the Lord and Master in the hearts of a generation of Christian youth in Egypt.

“Imagine the empowering, heavenly force that those crowds of young people have taken back with them as they flooded back into their cities, towns and villages all across Egypt, assured that God theHoly Spirit is Himself living within them, determined to make them a blessing for the nation. God is at work in Egypt, no doubt!”

Jerry Dykstra, media relations director for Open Doors USA, was inspired by the description the Christian leader gives of 10,000 young people coming together for worship in the desert.

“I am sure there was some danger involved regarding security issues for this huge event. We can learn so much from our fellow Christians who face persecution and an uncertain future,” Dykstra says. “Pray to the Lord that He will continue to strengthen Christians in Egypt and give them boldness and courage.”

RT @treskennedy: Hey youth pastors in AL, I promise you don’t want to miss #ayla11, it’s going to be insane. Great lineup across the board #ourmoment #ourcog

Got mentioned on #ourcog .. whooo hoooo I’m moving on up!

The next #WalkerSeminar session will feature Pastor Loran Livingston. Be sure to join… http://goo.gl/fb/P1M5b #ourCOG

@gpbakalov Place is indeed a protest against unpromising pursuit of space. #ourCOG