Stirring Up The Muck 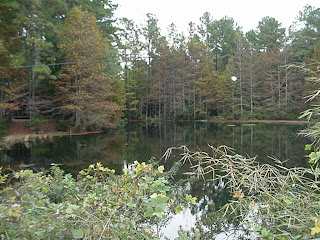 There is a beautiful retreat center in Mississippi that I used to take students to for our annual youth camps. The retreat center was built around a natural spring that pumped 40,000 gallons of crystal clear spring water every hour. If you were lucky enough to be the first person at the designated swim area you could see clear to the sandy lake bottom. But, then the swimming would begin and the muck would get stirred up.

It was amazing how cloudy the water became after 70+ kids began swimming, playing and generally goofing off in the swim area. What was once clear and pristine was now muddied and even somewhat dangerous. But, once the swim area was cleared that natural spring would do its job. The water returned to its crystal clear state.

Life is like this sometimes. We think we see clearly and have the proper perspective on something and all of a sudden the muck is stirred up. What was once clear becomes clouded by new questions and unforeseen conclusions. The good news is that as Christ-followers we can be confident that a fresh move of the Spirit will bring back the clarity that we once had.

Job chapter 40 describes “Behemoth” the chief of all of…

Atheists – do they want to believe? (Long Post. Maybe…)…

#Youwannaimpressme** … can you humm the whole of the Red back Hymnal? I don’t think so. #ourCOG