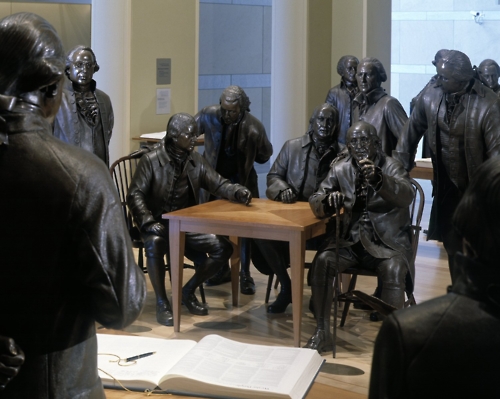 As Moldovan officials sit down to plan out the latest chapter in their country’s 20-year experiment with democracy, they won’t be alone. Starting Oct. 16, they can log in to a web community geared for leaders just like like them.

Called the Leaders Engaged in New Democracies (LEND) Network, it’s an online club for top officials in transitional countries — a place to ask questions and navigate the often treacherous pathway to democracy.

With high-tech donations from big private companies like Google and experts provided by the Club of Madrid, the world’s largest forum of former heads of democratic governments, LEND aims to forge a new frontier in technology and governance. The brainchild of Secretary of State Hillary Clinton herself, the network serves as a Facebook for leaders for governments in emerging democracies, from Libya and Mongolia to Moldova and the Syrian opposition movement.

“There’s a broad body of evidence that provides ironclad proof that technology and social media can bring down bad governments,” said Tomicah Tillemann, senior advisor to Clinton for civil society and emerging democracies and the State Department’s point man on the project. “What we don’t know is if social media can build up better governments to replace them.”

Tillemann and his cohorts in the Community of Democracies, the non-governmental organization that is overseeing the project, are certainly going to try.

“In new democracies, if you’re a leader thrust into this position, there’s no tech support line you can dial that will give you step-by-step advice,” Tillemann said. “This is really tough stuff and there’s no user manual for a new democracy.”

At its simplest the LEND Network is a kind of digital rolodex of democracy experts, organized by expertise. Need to rewrite your constitution following the collapse of an authoritarian government? Head over to the profile page for Pius Langa, the retired South African chief justice. Need to rebuild the national security apparatus? Chat up Emil Constantinescu, the former president of Romania, a country, which Tillemann noted, “had to dismantle a massive state security apparatus after the fall of dictator Nicolae Ceaușescu.” You won’t find that kind of expertise on Twitter.

On a deeper level, the network aims to be a hub of public policy communities — basically old-fashioned web forums restricted to experts organized around specific topics.

It’s a smart solution for a tricky problem. Transitional governments are truly delicate things: You don’t have to look much farther than Russia to see an ostensible democracy slowly creeping back towards autocratic ways. Myanmar’s democratic reforms in 1962 turned into 60 years of autocratic rule from a military junta. There are success stories, too: South Africa, Chile, and Romania, to name just a few.

The network is closed off, so you can’t give it a test run (unless you’re a former president), but Tillemann did provide the Daily Dot a screenshot.

Tremendous amount of New Testament preaching, because of the emphasis on Jesus. -Dr. Jerald Daffe #ourCOG