When You Are Under Attack 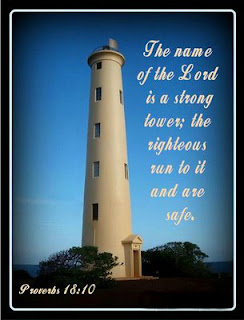 I had a conversation with a friend just a little while ago about handling yourself when people are attacking you viciously. As we talked, I was reminded of a devotional that I had some time back, and I came home and looked it up. This is specifically for my friend, but I hope it helps others as well.
Martin Niemoller, a former U-boat captain, was among those in Germany who spoke out against Hitler. Predictably, he was arrested and imprisoned. En route to face his accusers in court he was walking through an underground tunnel when he heard these words: 'The name of the Lord is a strong tower; the righteous run to it and are safe.' Niemoller was shocked. There was nobody around who could have said them. Had God spoken to him audibly? In the end it didn't matter because God used His Word to strengthen and encourage one of His own. Apparently a Christian guard, who knew the acoustics inside the tunnel would allow somebody to whisper into the wall and be heard up ahead, had quoted the verse. Niemoller was acquitted but he was still imprisoned for another seven years. When the prosecutor asked, 'How can we imprison a man who's been acquitted?' Hitler replied, 'Because he's my personal prisoner!' Jesus said, '...when people...persecute you and falsely say...evil against you because of Me, rejoice...great is your reward in Heaven...' (Matthew 5:11-12 NIV) Charles Swindoll writes: 'When you're punished for doing the right thing, you've a "great cloud of witnesses" surrounding you (Hebrews 12:1)...faithful men and women who extended the Kingdom and made the world a better place...at great personal cost...Take courage...you fight for the winning side.' The Bible says: '...everyone who wants to live a godly life...will suffer...' (2 Timothy 3:12 NLT) The second that prison-cell door slammed shut, Niemoller joined a distinguished league of saints willing to endure hardship in this life in order to reign with Christ in the next one.