PASSION WEEK: Wednesday This day is known as “Spy Wednesday” because Judas agreed to betray Jesus for 30 pieces of silver, the going rate... » 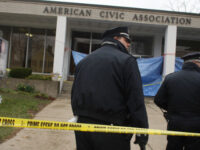 Gun bills may be a long shot

Despite supporters’ hopes that this time it’s different, President Barack Obama’s new call for restricting some semi-automatic rifles and high-capacity magazines will face deeply entrenched resistance in the Republican-controlled House of Representatives and could be a long shot even in the Democratic-led Senate. Any gun legislation sent to the House “is going to have to pa... »