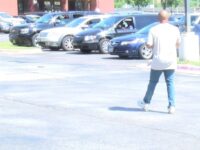 In this last hour we must be prepared to defend…

In this last hour we must be prepared to defend our faith! We must make sure we are living a life that is pleasing to God and carrying His word the right way… »

PASSION WEEK: Wednesday This day is known as “Spy Wednesday” because Judas agreed to betray Jesus for 30 pieces of silver, the going rate... »

We must promote marriage, not just defend it

By: John Hayward The Defense of Marriage Act took a big hit at the Supreme Court this week. We really should be promoting marriage, not just defending it. But traditional marriage has been on the defensive for a long time, and it’s not just because of the same-sex marriage crusade. Marriage began looking weak long before anyone thought gay marriage had a chance of obtaining widespread legal sancti... »