An American evangelist said he was arrested and interrogated about his Christian faith after he was caught on a London sidewalk preaching that homosexuality is a sin. 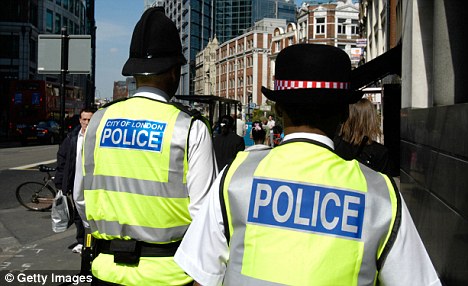 Tony Miano, a retired deputy sheriff and former chaplain with the Los Angeles County Sheriff’s Dept., was charged with “using homophobic speech that could cause people anxiety, distress, alarm or insult.” Miano had been preaching on a London street corner during the Wimbledon Tennis Championships with a ministry group called Sports Fan Outreach International. He was preaching about immoral living – and cited homosexuality as an example of lifestyle choices that are contrary to biblical teaching. “I never used any gay slurs,” he said. “You would never hear me using slang or discriminatory language against homosexuals or any other group. That would be contrary to my faith.”

At some point, the evangelist quoted I Thessalonians 4:1-2 – a passage of scripture that mentions sexual immorality. “I talked about women addicted to romance novels, men addicted to pornography, people with lustful thoughts, heterosexual fornication and homosexuality,” Miano told Fox News. “When I mentioned that the Bible was clear that homosexuality is a sin, a lady walked by and she glared at me and hurled the f-bomb.” Miano said the woman came back a short time later and began to videotape his sidewalk sermon. Then, she called the police.

“They were concerned about homophobic speech,” he said. “But I told them I don’t fear homosexuals. The language I used was not homophobic, as I was not promoting fear or hatred of homosexuals.” Miano said he did not limit his remarks to homosexual acts. “I did not speak solely about homosexuality as a form of sexual immorality but also about any kind of sex outside marriage between one man and one woman, as well as lustful thoughts,” he said. “All of these are considered mainstream Christian positions and have been taught and believed by Christians for thousands of years.”

Police took the retired deputy sheriff to a nearby jail where he was fingerprinted. Officers also took a sample of his DNA and then he was interrogated.
“It was very distressing to be arrested and interrogated for openly expressing my deeply held Christian beliefs,” he said. According to a transcript of the interrogation provided to Fox News, the officers asked if he really believed homosexuality is a sin. He was also asked whether he would help a homosexual who requested a favor.

When you doubt your salvation are you committing sin? Does…

PAX GERMANICA & U.S. OF EUROPE – OR A NEW WORLD ORDER