Sadie Robertson is well known for her dimples and engaging smile, but there is a lot more to the 19-year-old star of A&E’s Duck Dynasty and runner up on ABC’s Dancing With the Stars Season 19. A motivational speaker and advocate for her generation, Sadie’s also ventured into acting with roles in “God’s Not Dead 2” and “I’m Not Ashamed,” and launched her 16-city Live Original Tour in 2016, wher... » 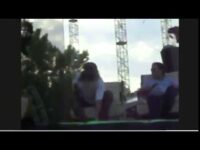 Pro-life Duck Dynasty star Phil Robertson is sticking by controversial comments he made about moral issues in an interview with GQ magazine that has caused a national and international furor. TV network A&E suspended Robertson from the show over the comments. Robertson talked about sexual purity in the interview, saying, “Everything is blurred on what’s right and what’s wrong… Sin becomes fine... »