Cardinals meet for second day ahead of vote on new pope

Rome (CNN) — Catholic cardinals have met for a second day Tuesday at the Vatican, but have not yet set a timetable for selecting a new pope. A total of 110 out of the 115 cardinal-electors, those younger than 80 who are eligible to elect the pope, are now in Rome, Vatican spokesman the Rev. Federico Lombardi said Tuesday. The five cardinal-electors who have not yet arrived have been in touch... »

Restrictive Bill on Religion in Bulgaria Goes to a Final Vote

A government committee met in Bulgaria today to decide any last changes in the new legislation on religion and churches in Bulgaria. The bill will be then brought before the Parliament for a final vote this Friday, December 21, 2018 before it becomes an official law. In its current draft, the legislation infringes harsh restrictions on religious freedom and evangelical believers, which will disrup... » 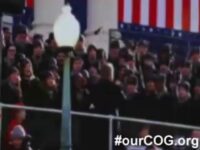 VOTE for Voices of Lee in the A Cappella Music Awards

We are incredibly grateful to announce that Voices of Lee have made it to the final round of voting for the A Cappella Music Awards! and are nominated in 3 different areas: -Collegiate group of the year -Religious group of the year -Video of the Year (What a Beautiful Name) Voting is open until February 25th, and you can vote by clicking this link! Thank you SO much for your love and support!! VOT... » 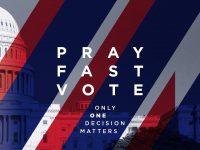 In “Pray, Fast, Vote” Part 4″, Pastor Jentezen Franklin sends out a powerful call for the body of Christ to take a stand and vote biblically in the upcoming Election! Jentezen Franklin believes it’s time to unify as one voice and vote biblical values into office as Christian voters. This patriotic and biblically driven message will challenge you to search the scriptures and serve... »