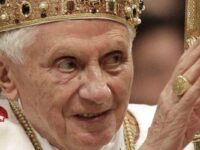 Pope Benedict stunned the Roman Catholic Church on Monday when he announced he would stand down, the first pope to do so in 700 years, saying he no longer had the mental and physical strength to carry on. Church officials tried to relay a climate of calm confidence in the running of a 2,000-year-old institution, but the decision could lead to uncertainty in a Church already besieged by scandal for... »