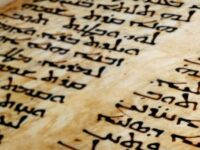 Syria was a region with the Mesopotamia to its East,…

# [WHAT ARE THE SYRIAC VERSIONS AND HOW HAVE THEY HELPED TO RESTORE THE GREEK TEXT OF THE NEW TESTAMENT?](https://christianpublishinghouse.co/2017/04/05/what-are-the-syriac-versions-and-how-have-they-helped-to-restore-the-greek-text-of-the-new-testament/) [April 5, 2017](https://christianpublishinghouse.co/2017/04/05/what-are-the-syriac-versions-and-how-have-they-helped-to-restore-the-greek-text-o... »

Obama: No boots on ground in Syria Obama and Kerry Press Case for U.S. Action in Syria Kerry outlines US case against Assad – Ban convenes talks Cameron: I don’t have to apologise to Obama for ‘no’ vote U.S. Statement on Syria »

Syria is hot topic in Israel

Israeli officials are reportedly giving serious thought to reopening talks. Some Israeli reports suggest the two nations have been in contact behind the scenes through intermediaries such as Turkey and Germany. Transportation Minister Shaul Mofaz confirmed Saturday that Israel has made use of a secret channel to communicate with Syria, but did not indicate what message was sent. On Friday, the Yed... »