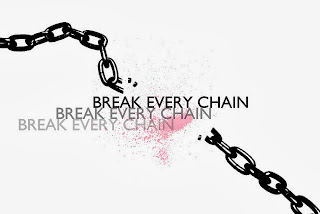 To this day it still seems so unreal to be in a place that’s so far away from all the people that I love so much. I’m now 18 and living the college life. Today I just sat back and looked at all the things I’ve done, all the things I accomplished and all the painful moments. I started to think about the 2 months I tried to prepare for the next coming 3 years. But I learned you can’t ever prepare yourself to be broken by God. I finally stopped all my plans and my dreams that I had for myself and I began to focus on Gods voice. I now live in charlotte, day by day preparing for my future and being trained into a disciple for Christ. For so long I ran from my calling I ran from Gods voice, for this very reason because I was scared to death about the process, the process of being completely broken. I’m learning that being in ministry and being where God has called you for whatever season you’re in you still are being broken, being broken is a willingness to change, its where you start growing and cutting out all of the past and impurities you have in your life. The process is painful and extremely emotional but full of Gods mercy, he shows us the things that need to be cut out or dealt with but he also afterwards brings us through the healing process.
The past few weeks have been so crazy, so many distractions, so many lies being made, so much he said she said but past all of it I’ve heard Gods voice so much. This past Wednesday night I was lying in bed talking to my roommate Tami about the song break every chain. We began to talk about how we sing “Break every chain” a lot at Judah on Sundays. I made the comment that past the repetition it didn’t matter how much we sang it. Because it’s the words of the song that changes lives. Not only that but those words were placed into someone’s heart by God to write. So those are Gods words to you. He wants you to break EVERY chain in your life, he wants your chains to fall, not only for them to fall but for them to never take hold again over your life. So my question to you is how would churches be different if we actually begin to believe God could break those chains? Not to just sing it but to believe we serve a big God that can break those chains. When we sing there is an army rising up, what do you see as you sing that? When I begin to sing “there is an army rising up” for me I begin to see an army that’s for God, running head on after the enemy that’s been trying to kill everything in their lives. But what the army has attached to them and what there carrying IS the armor of God. What they have on the inside is more powerful than anything the enemy can throw at them or try to kill them with. Having that armor on is going to help them kill the very thing or the very enemy that’s been trying to destroy them and as the enemy comes closer they will be able to strike with the purpose of completely killing them. (You could even look at it as your spirit man is trying to kill your fleshly man.) I also think about David, he believed that he could kill the giant not because of his pride or ego but because he believed that, what was his fathers was also his. He believed through God he could kill this giant. God used David in this story for a lot of reasons but one of the reasons were it didn’t matter his size or his strength or his age but the simple fact that he was called by God. God will use you when you have a willing spirit. So when it’s time to step up will you have all you need to fight? Will we believe and have faith that God is going to get you through this, the process might be horrible and you may have doubt at first but as you throw that first rock at the enemy as David did, will you miss because of the lack of faith in yourself or will you hit your target because of the faith you had in God and the faith God had in you? The next time you hear a song, don’t take it lightly apply it to your life and let God speak to you.
- Morgan

Protestants Fall Below 50 Percent in Northern Ireland for First Time