Is there angels and demons living among us in human…

Is there angels and demons living among us in human forms? I believe so. »

Can demons abide with the Spirit in the human body as God’s temple (1 Corinthians 3:16)?

Job 1:6 One day the angels came to present themselves before the LORD, and Satan also came with them. Shandon L. Guthrie writes on 1 Corinthians 3:16 “Don’t you know that you yourselves are God’s temple and that God’s Spirit lives in you?” Traditionalists use this passage to counter argue that demons cannot inhabit the   Read More ... » 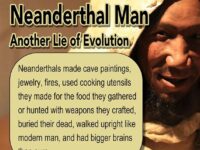 NEANDERTHAL MAN (100% Human and Evolution Crusher) To say Neanderthals were merely subhuman or a transition between ape and human is ridiculous and ignorantly perverts the actual facts. A lot of evidence proves they were fully human. Even Thomas Huxley, the vehement evolutionist and defender of Charles Darwin, said that the Neanderthal bones found in Neander Valley in Germany, belonged to HUMANS. ... » 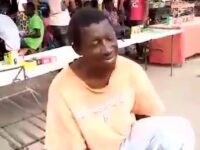 Who is a human being?