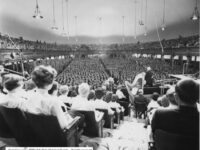 Church of God General Assembly was cancelled due to a Virus Pandemic. That is exactly what happened to with the Church of God in 1918-1920 during the Influenza. In 1918, a Spanish flu pandemic infected an estimated 500 million people (about one-fifth of the world population) and killed an estimated 20 to 50 million world-wide. In the U.S., there were drastic emergency quarantines; schools, theater... » 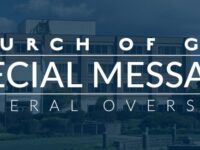