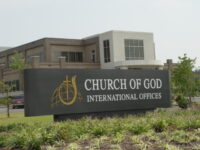 Statement on Troy Scot Carter Plea Agreement Cleveland, Tennessee–April 1, 2015 United States Attorney vs Troy Scot Carter No. 1:15-cr-00036 On March 31, 2015, lawyers for Troy Scot Carter, former Director of Operations for Communications and Chairman of the General Assembly Cabinet for Church of God, entered a written “Plea Agreement” in behalf of and signed by Carter into the docket of the... »

Cleveland, Tennessee–March 28, 2015 We learned yesterday that Troy Scot Carter, a former Church of God employee, was officially charged for his part in an elaborate scheme to financially defraud the church, over a period of several years, according to information provided to church officials. Approximately two years ago, church officials were made aware of possible irregularities regarding G... » 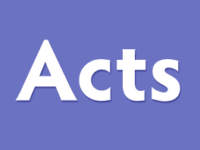 Case involves $100,000 bill http://clevelandbanner.com/stories/carter-charged-by-fbi-in-fraud,5758 Posted Monday, March 30, 2015 11:09 am BRIAN GRAVES Banner Staff Writer Troy Scot Carter A former employee of the Church of God has been charged with interstate transportation of securities taken by fraud in the amount of $100,000. In a filing with the U.S. District Court by Assistant U.S. Attorney J... »

http://www.chattanoogan.com/2015/3/29/297074/Cleveland-Tn.-Production-Company.aspx Sunday, March 29, 2015 The head of a Cleveland, Tn., production company has been charged with defrauding the Cleveland-based Church of God International of $100,000 in connection with his part in setting up the church’s world convention in Orlando, Fla., in 2010. Troy Scot Carter was charged by federal authori... »