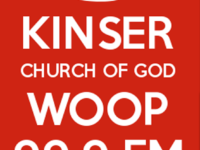 Pentecostal pastor hits state marriage laws with legal action #ourCOG A local minister and county commissioner have filed a lawsuit against Donna Simpson, in her official capacity as Bradley county clerk, requesting a declaratory judgment on the status of Tennessee’s marriage laws and the criminal sanctions as they might apply to them The Rev. Guinn Green, pastor of Kinser Church of God, and Bradl... »

Security Official: It’s Legal to Spy on You Online

A tribunal ruled on Friday that intelligence sharing between GCHQ and the NSA before December 2014 was not lawful because of a lack of transparency. his is the first time the secretive Investigative Powers Tribunal, which oversees the actions of the UK’s intelligence services GCHQ, MI5 and MI6, has ever upheld a complaint against an agency and it follows a ruling in December that the UK inte... »