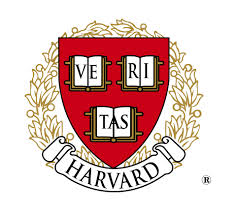 The following statement was issued by Robert Neugeboren, dean of students and alumni affairs at Harvard Extension School:

The Harvard Extension School is grateful the student group has recognized the strong concerns expressed by members of the Harvard community and beyond.

President Drew Faust has issued a statement regarding the “Black Mass.”

The following statement was issued by Robert Neugeboren, dean of students and alumni affairs at Harvard Extension School:

Students at the Harvard Extension School, like students at colleges across the nation, organize and operate a number of independent student organizations, representing a wide range of student interests. The Harvard Extension School does not endorse the views or activities of any independent student organization. But we do support the rights of our students and faculty to speak and assemble freely.

In this case, we understand that this independent student organization, the Harvard Extension Cultural Studies Club, is hosting a series of events—including the reenactment of a “Black Mass”—as part of a student-led effort to explore different cultures.

We do not agree with the student group’s decision to stage an event that is so deeply disturbing and offensive to many in the Harvard community and beyond. While we support the ability of all our students to explore difficult issues, we also encourage them to do so in ways that are sensitive to others.

We hope these efforts and this dialogue will help address some of the most severe concerns about the event, while also helping students in the Cultural Studies Club better understand the perspective of many Catholics on these and other issues.