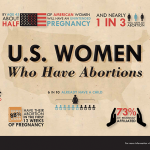 The Alabama Supreme Court has ruled that a wrongful death lawsuit brought by a woman who claims her doctor caused her to have a miscarriage by administering an abortion-inducing drug can proceed. Kimberly Stinnett’s usual doctor was reportedly out the day of her appointment. Karla Kennedy, the doctor who was filling in that day, believed that Stinnett had an ectopic pregnancy since she had had one previously. Thus, Kennedy decided to administer methotrexate, a drug […]

WASHINGTON — Over the dissents of two justices, the Supreme Court on Thursday allowed same-sex marriages to proceed in South Carolina, rejecting an emergency application seeking a stay of a judge’s order striking down the state’s ban on such unions. In urging the Supreme Court to intercede, state officials had stressed federalism concerns, saying that South Carolina’s voters rather than the federal government should be allowed to decide questions of “domestic relations,” including marriage. The […]

(Reuters) – A federal appeals court on Thursday bucked a recent trend of pro-gay marriage decisions by upholding state bans or restrictions in Kentucky, Michigan, Ohio and Tennessee, pressuring the Supreme Court to take up the issue. The 2-1 ruling, by the Cincinnati-based 6th Circuit U.S. Court of Appeals, is the first ruling by a federal appeals court that upholds bans on same-sex marriage. Gay marriage advocates said they would immediately seek U.S. Supreme Court […]