Historical and Biblical Position: The institution of marriage was established and ordained by God (Genesis 2:24). Therefore “God created man in his own image, in the image of God created he him, male and female created he them” (Genesis 1:27). Therefore, “marriage is honorable” (Hebrews 13:4). In spite of the progressive normalization of alternative lifestyles and the growing legal acceptance of s... » 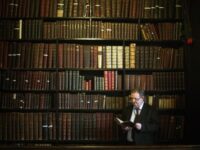 Preamble: In most countries surveyed, renewalists have at least as much schooling as the general population; in fact, in Nigeria, pentecostals are much more likely than the public as a whole to have obtained at least some post-secondary education. In the U.S., however, renewalists, especially pentecostals, tend to be less educated than the population as a whole; though there is virtually no educat... »