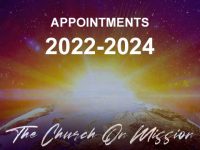 All 2022-2024 Elections & Appointments will be displayed embed here as soon as they become available. »

All 2022-2024 Elections & Appointments will be displayed embed here as soon as they become available. https://cogfiles2020.s3.amazonaws.com/downloads/GA22-Elections-Appointments.pdf »

AS VICTORY speeches go, it was the least bombastic that Romanians had heard in a long time. “The campaign is over, we made our choice. Now let’s get to work. I am very serious and determined,” said Klaus Iohannis, the liberal mayor of Sibiu, in Transylvania. He is the first Romanian from the country’s ethnic German Protestant minority to be elected president. That is quite a shock for such a conse... »