The EU’s roadmap against homophobia

Austrian MEP Ulrike Lunacek’s recently put forward the “Report on the EU Roadmap against homophobia and discrimination on grounds of sexual orientation and gender identity”. This is one of a number of Own-Initiative-Reports that pass through the European Parliament every so often. They are non-binding, and often comment on issues that are outside the EU’s ability to control... » 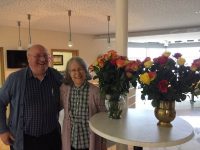 European Theological Seminary teachers Dr. Carl Simpson and his wife Jackie were recently in Dublin, Ireland, to celebrate the graduation of ETS’s students who participated in the extension program. Upon arriving back in Germany, a farewell celebration was held for … Continue reading → »

European Parliament: 2015 Resolution Against Intolerance against Christians in Europe

(29.01.2015) On Jan 29, 2015, the Parliamentary Assembly of the Council of Europe adopted the Resolution: „Tackling intolerance and discrimination in Europe with a special focus on Christians“. The Observatory welcomes the resolution as an important Stepp into the right direction. The resolution was adopted with 67 votes in favour, 2 against and 15 abstentions. The resolution states with a focus o... »

The highest human rights court in Europe has told European LGBTs that they have no human right to same-sex marriage, in a case that also shows how complicated sexual and marital norms have become in this new transsexual world. The case arose after a man in Finland, who was married with a child, decided he wanted to live as a woman. After a sex-change operation, he attempted to change his governmen... »