At a news conference for the Hillsong Conference in New York City Thursday, Michael Paulson of The New York Times asked Pastor Brian Houston to clarify his church’s position on same-sex marriage, RNS reported. Houston reportedly said it was “an ongoing conversation” among church leaders, and they were “on the journey with it.” Now, Houston is clarifying those comments... » 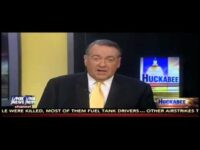 A report is out, in the wake of the city of Houston’s demands that area pastors hand over their sermons and communication with their members, saying that there is a national movement of American pastors who are going on the offensive. These pastors are banding together in a theme reminiscent of the Star Wars’ saga’s “The Empire Strikes Back.” Their movement is called,... »