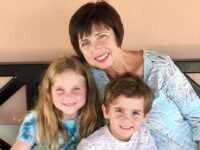 Meet Dr. Mark and Udella Walker. This video was prepared for the inauguration of Lee University’s 17th president on April 23, 2021. »

Cardinals meet for second day ahead of vote on new pope

Rome (CNN) — Catholic cardinals have met for a second day Tuesday at the Vatican, but have not yet set a timetable for selecting a new pope. A total of 110 out of the 115 cardinal-electors, those younger than 80 who are eligible to elect the pope, are now in Rome, Vatican spokesman the Rev. Federico Lombardi said Tuesday. The five cardinal-electors who have not yet arrived have been in touch... »

The new general overseer for the Church of God, Mark Williams, was elected on the closing day of the 74th International General Assembly. He was commissioned and delivered his first sermon as general overseer Friday evening to close out GA2012. The fol... »