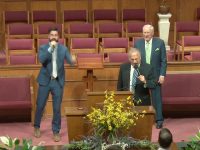 The Life and Ministry of Rev. Ivan Voronaev published in Bulgarian

We are pleased to announce that some five years after its first publication in English and Russian, our research on the Life and Ministry of Ivan Voronaev is now available in Bulgarian as well. This edition includes the Story of the Voronaev Children, the Correspondence of Ivan Voronaev plus a concluding chapter on the First […] » 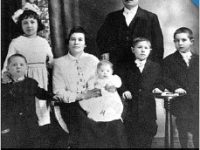 Presented at the 38th Annual Meeting of the Society for Pentecostal Studies The name Ivan Efimovich Voronaev is of a central importance for the development of Pentecostalism in Communist Russia and its Eastern European satellites. Voronaev was saved in his early life in Russia and then became a powerful Baptist minister, but after being persecuted for preaching the Gospel, in 1912 he immigrated wi... » 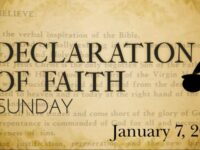