John MacArthur’s Strange Fire as Parody of Jonathan Edwards’ Theology, by William De Arteaga
The thesis of John MacArthur’s new book, Strange Fire is that Pentecostalism and the Charismatic Movement, are heretical movements that must be rebuked and eliminated from the church. 1 Everything to do with these movements is fraudulent, inauthentic or a misrepresentation of the true Gospel of Jesus Christ. Strange Fire continues his war on the Pentecostals and charismatics begun with his book published twenty years ago… [Read more]

John MacArthur’s Strange Fire, Reviewed by Charles Carrin
You will soon be hearing about two books: Strange Fire by Dr. John MacArthur and Holy Fire by Dr. R.T. Kendall. Dr. Kendall has written only in the emergency to defend Scripture and charismatic Christians from Dr. MacArthur attack. John MacArthur is a man of significant Christian stature.  He is the author of more than 150 books, a study Bible, other best-selling material, and a College President.  R.T. Kendall is equally a man of great achievement. He holds a PhD. from Oxford University, authored more than 60 books, for twenty-five years was pastor of… [Read more]

John MacArthur’s Strange Fire, reviewed by Craig S. Keener
While offering some very needed points, John MacArthur’s Strange Fire unfortunately extrapolates from those points to an entire “movement.” As I note below, I also believe that MacArthur suppresses some biblical truth on the basis of a postbiblical doctrine, the very offense with which he charges others. Nevertheless, there is much to be learned from his criticisms; he has brought again to our attention some serious errors that charismatic churches must be on their guard against. I start with some agreeable points in the book and then move to points where I believe MacArthur has clearly overstepped the bounds  of reason and Christian civility… [Read more]

Why I Took Time to Respond to John MacArthur’s Strange Fire
Someone has asked me, “Why waste your time on responding to MacArthur’s writings against the charismatics?” When I was in my 20s, I wrote a critique of John MacArthur’s Charismatic Chaos because a brother in the Lord broke fellowship with me and my friends after reading MacArthur’s book. Jesus said to His disciples, “If they reject you, they’ve rejected me.” So to my mind, restoring a brother to… [Read more] 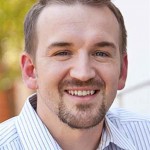 Strange Fire and Churches of Christ
Maybe you’ve noticed that over the past few weeks, there has been a lot of talk around charismatic vs. not charismatic protestant Christians. Some people held a conference, and John MacArthur wrote a book about it. Mark Driscoll even showed up at the conference and started giving away his newest book and just confused everyone. But what caught my eye is what these non-Charismatics called the conference. They called it, “Strange Fire” Which may not mean much to you, but… [Read more]

What made us Pentecostal?

Why the Sermon on the Mount Is Absurd and Impractical