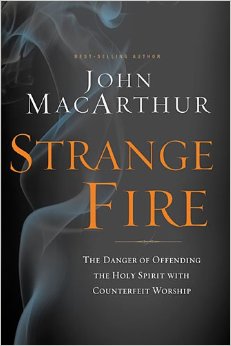 Did tongues and the supernatural gifts of the Holy Spirit cease in the early church? John MacArthur says they did and that practicing them today is false worship—an abomination before God. Pneuma Review invites you to respond to these criticisms and to renew the biblical command to “desire spiritual gifts” (1 Cor 14:1).

We’ve been here before

In 1978, MacArthur wrote The Charismatics: A Doctrinal Perspective (Zondervan). Charismatic Chaos (Zondervan) was published in 1992. Dr. MacArthur launched his latest attacks against Pentecostal/charismatic beliefs with the Strange Fire conference (October 16-18, 2013), with speakers including Joni Eareckson-Tada and R. C. Sproul. His new book is Strange Fire: The Danger of Offending the Holy Spirit with Counterfeit Worship (Thomas Nelson), due out on November 12, 2013.

Not known for a conciliatory approach, John MacArthur’s inflammatory language is sure to polarize any attempt by Christians to discuss the gifts of the Spirit. We all agree that spiritual gifts can be and have been misused. There are significant doctrinal errors and poor theology being taught by some Christian leaders today. But are all Pentecostal/charismatics worshiping God falsely? Are they believing and teaching a counterfeit Gospel?

Pneuma Review has invited Pentecostal/charismatic scholars and Bible teachers from around the world to read and respond to MacArthur’s book. This is your opportunity to join the discussion about the continuation or cessation of the gifts of the Holy Spirit.

Use the Comment box below so that all of us may read your posts.

As we have this needed conversation

When presenting teachings over which there is disagreement in the body of Christ, the Pneuma Foundation will not make its position in a manner that alienates or ignores opposing views. It is better to follow the Biblical mandate of preferring others over ourselves (Phil. 2:3-4). The Foundation desires to present the differing viewpoints and promote dialogue, acknowledging that the goal of our instruction is love (1 Tim. 1:5).

Pentecostals too?
Is John MacArthur being as hard on Pentecostals as he is on charismatics? This brief video by MacArthur might make you think that he is more sympathetic towards classical Pentecostals. However, Dr. Michael Brown sent this note to us that he posted on his Facebook page:

For all those writing to me and claiming that Pastor MacArthur is reaching out to “faithful Pentecostals” in a conciliatory way, make no mistake about it: He renounces the entire charismatic movement as being in serious error and ends his book with a strong appeal to his reformed charismatic friends to completely renounce their beliefs in continuationism. It’s black and white, in his book, on my desk, no doubt about it. 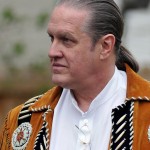 Strange Fire by John MacArthur is basically an attack on anything and everything related to the Charismatic Movement and the various movements descended from it, as if the whole of it were composed of one monolithic set of doctrines and practices that all of us espouse. It invalidates anything that smacks of the supernatural or of emotion freely expressed in God’s presence. MacArthur pours his vitriol – and I mean vitriol – through the filter of his own prejudices and theological presuppositions in a way that blinds him to the differences between the various movements within the charismatic stream and causes him to deny the existence of the majority of us who do not agree with or practice the abuses he objects to. In doing so he ignores or reinterprets, through very poor exegesis, the clear teaching of much of the Scripture as well. [Read more]

As a life-long Pentecostal-Charismatic, I recommend that every Pentecostal-Charismatic leader read Strange Fire by John MacArthur. I say this because we need to see how the bizarre “spiritual” behavior and doctrinal extremes by some in our movement are viewed by those on the outside and are used to whitewash the entire movement. We have done a very poor job of addressing these problems from within, so I do not doubt that God has raised up a voice that is fundamentally opposed to our movement to address these extremes. If God could use a pagan Babylonian king to discipline his people Israel for their sins (Jeremiah 25:8-11), could he not use a merciless fundamentalist preacher to point out our shortcomings? [Read more]

MORE on the TOPIC:

Alan Smith: SOME THOUGHTS IN RESPONSE TO THE STRANGE FIRE CONTROVERSY

MICHAEL BROWN: A Final Appeal to Pastor MacArthur on the Eve of His ‘Strange Fire’ Conference

CREDO HOUSE: WHY JOHN MACARTHUR MAY BE LOSING HIS VOICE

I Want To Be Labeled. Do you?