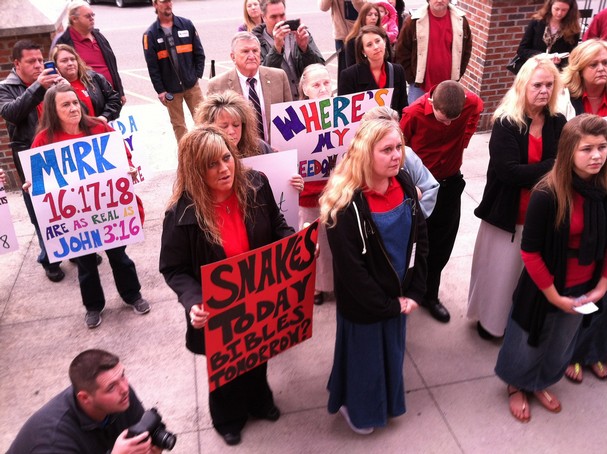 Hamblin is now gathering signatures for two petitions. One will go to the state, asking for support of freedom of religion. The second will ask the TWRA to drop the charges against Hamblin. Hamblin explained to 6 News why he feels freedom of religion is so important.

“Our religious rights were jerked away from us. And we are Christian people and we’re fighting for our Christian rights.”

Hamblin will be at the church every evening this week, starting at five, if you’re interested in signing the petition.

Church of God Resolution on 9-11, THE WAR ON TERRORISM AND SUPPORT FOR THE PRESIDENT OF THE UNITED STATES AND WORLD LEADERS

JESUS IS THE MESSIAH THE ETERNAL SON OF GOD.