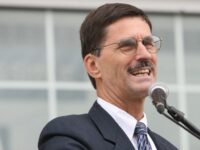 Special to the Cleveland Banner Lee University president Dr. Paul Conn has been re-elected to a new term, it was announced today by the chairman of the school’s board of directors. The four-year term begins Aug. 1, and extends Conn’s tenure to July 2022. Board chair Dennis Livingston, from Charlotte, N.C., made the announcement Tuesday in a press release following the board’s ann... »

THE LANGUAGE OF POWER (PART 4): Continued. C) The “LANGUAGE…

THE LANGUAGE OF POWER (PART 4): Continued. C) The “LANGUAGE OF POWER” is demonstrated in HEALING the SICK and RAISING the DEAD: What about people whose sicknesses are not caused by demons? What about people who died at the prime of their life? When Jesus said: “HEAL the SICK, CLEANSE the LEPERS, and RAISE the DEAD…” (Matthew 10:8); He revealed that the “language... »

TurnLife 180 is a discipleship program from Princeton Church. This program was adapted from Willie George and Chruch on the Move. Music was created by http://www.bensound.com. »