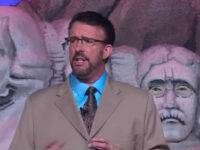 Perry Stone: 100 House members to support a bill to outlaw churches and ministers to say gay lifestyle is sin

Perry Stone Ministries (October 25, 2015) MAJOR ALERT: I have just been informed of a major plan by the extreme left, that has the... » 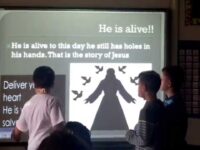 The True Meaning of Easter

In the days leading up to Easter, my son who has recently taken an interest in, of all things, Microsoft PowerPoint presentations approached his teacher with a request to do a presentation on Easter.  His teacher then allowed several of the... »

Jan. 6, 2014 – US Supreme Court Halts Gay Marriages in Utah “The Supreme Court on Monday [Jan. 6, 2014] blocked further same-sex marriages in Utah while state officials appeal a decision allowing such unions. The terse order, from the full court, issued a stay ‘pending final disposition’ of an appeal to the federal appeals court in Denver. It offered no reasoning.” Ja... »