The revelation of God in the Law

When questioned regarding his interpretation of the Torah, Jesus claimed that the two greatest commandments were as follows: "'Hear, O Israel, the Lord our God, the Lord is one. Love the Lord your God with all your heart and with all your soul and with... »

After eight street protests in the last two months, Evangelical Christians gathered in front of Bulgaria’s Parliament praying for God’s intervention in the legislative process voted on December 21st. On its last work day for the year, the National Assembly of Bulgaria voted amendments in the nation’s Religious Denominations Act effective January 1, 2019. A number of problematic provisi... » 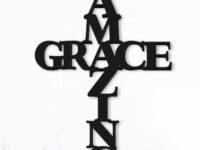 Romans 5:20 KJV Moreover the law entered, that the offence…

Romans 5:20 KJV Moreover the law entered, that the offence might abound. But where sin abounded, GRACE did much more abound: »

THE LAW OF THE FIRST COVENANT The law of commandments…

THE LAW OF THE FIRST COVENANT The law of commandments that are under the first covenant were given to us while we were sinners to show us how hopeless we are at trying to please God by our works Why can’t we keep the laws of God ? Romans 7:14 [14]For we know that the law is spiritual: but I am carnal, sold under sin. Romans 8:6-7 [6]For to be carnally minded is death; but to be spiritually m... »