Why is Jimmy Carter speaking at Muslim convention?

WASHINGTON — Jimmy Carter is scheduled to be the keynote speaker this weekend at the annual convention of the Islamic Society of North America (ISNA). To many Americans, that doesn’t warrant more than a shrug of the shoulders, but the planned Saturday appearance is also drawing criticism from some conservatives who say the event looks to be another example of the former president implicitly underc... » 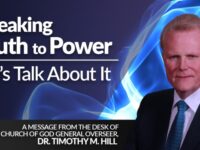 I really ought to leave this alone. Really I should. However, I’ve been asked multiple times for more specific response and reaction to my visit to Washingto... »

Church of God Declaration of Faith Article IX: Speaking with Other Tongues