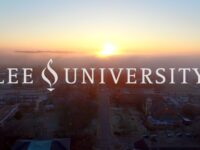 Former Lee University student and close-up magician Shin Lim has won Season 13 of “America’s Got Talent” and $1 million. As part of his victory, he will also get to headline a show in Las Vegas. “To have all of America watch me and appreciate what I do, it means the world to me,” Lim said Wednesday. Lim, who currently lives near Boston, began his performance Tuesday b... »

My Latest Book “Chronicles of the Sacred Mountain”

AS VICTORY speeches go, it was the least bombastic that Romanians had heard in a long time. “The campaign is over, we made our choice. Now let’s get to work. I am very serious and determined,” said Klaus Iohannis, the liberal mayor of Sibiu, in Transylvania. He is the first Romanian from the country’s ethnic German Protestant minority to be elected president. That is quite a shock for such a conse... »