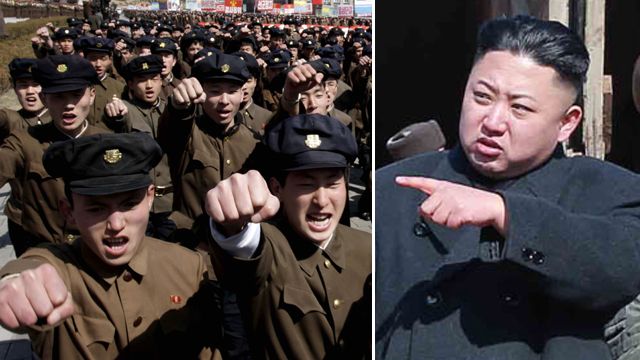 Seoul, South Korea (CNN) — Secretary of State John Kerry said Friday that the United States is prepared to enter into talks with North Korea, but only if it is serious about negotiating the denuclearization of the Korean Peninsula
Kerry is in Seoul meeting with South Korean Foreign Minister Yun Byung-se amid heightened tensions spurred by North Korea’s recent nuclear threats and provocations.
He landed in Seoul, about 30 miles from the demilitarized zone separating the two countries. The Korean peninsula is rife with tensions over the belligerent threats issued by Pyongyang.
The United States will defend itself and its allies if needed, Kerry said.
“North Korea will not be accepted as a nuclear power,” he said at a news conference with Yun. “The rhetoric that we are hearing is simply unacceptable.”
Pentagon intelligence assessment suggesting North Korea may have the ability to deliver a nuclear weapon on a missile has set off a flurry in Washington, with top officials trying to play down concerns about the capabilities of the Pyongyang regime.
The Pentagon’s intelligence arm has assessed with “moderate confidence” that North Korea has the ability to deliver a nuclear weapon with a ballistic missile, though the reliability is believed to be “low.”
First disclosed by a congressman at a hearing Thursday and then confirmed to CNN by the Defense Department, the assessment by the Defense Intelligence Agency is the clearest acknowledgment yet by the United States about potential advances in North Korea’s nuclear program.