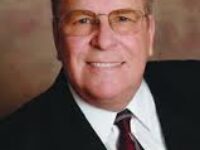 Asteroid With Its Own Moon Passing By Earth

MIAMI (CBSMiami) – NASA is preparing for a close encounter of the asteroid kind Friday afternoon when Asteroid 1998 QE2 drops by the earth. The asteroid is reportedly the size of a cruise ship and unlike other asteroids; this one actually has its own moon orbiting around it. The moon is reportedly 2,000 feet wide, or roughly half-a-mile wide. According to NASA, Friday is the closest the asteroid w... »