Your Guide to Christian Voting Guides 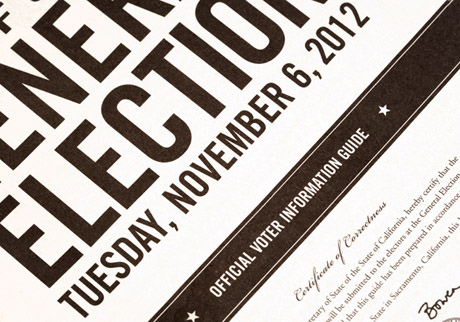 With days left before Election Day, it is time to figure out how you will vote. Voter guides are one way that political groups can help you with this decision. Some are very informative. Most are not. All of them are biased, some more so than others. Here is a run-down of voter guides aimed at evangelicals and other religious voters this election season.

Guides for Red vs. Blue Voters

The goal of most voter guides is to simplify the election into two stark choices. Many groups cannot legally endorse candidates, but they can “educate” voters by telling them how the candidates stand on key issues. On one side of the guide is the good guy. On the other is the bad guy. And if you support the group issuing this type of voter guide, this is a very helpful tool as you decide for whom to vote.

Ralph Reed’s Faith & Family Coalition, Gary Bauer’s American Values, and Family Research Councileach offer social conservatives a flyer outlining how Barack Obama and Mitt Romney differ on the issues (spoiler alert: Obama and these groups apparently do not agree on anything). These guides cover the expected social issues like abortion, marriage, and gay rights. They also include economic and fiscal issues including the estate tax, “Cap and Trade Energy Taxes,” and the Keystone pipeline.

According to the FRC voter guide, Mitt Romney has had several “etch-a-sketch” moments since the Republican primaries. But rather than moving to the middle (as candidates tend to do between the primary and general elections), Romney has apparently become more in line with the FRC since he became the GOP nominee. On the FRC primary voter guide, Romney was listed as “mixed” on four issues: federal funding of stem cell research, federal prohibitions against all human cloning, the estate tax, and support for “strict constructionist judges.” In the general election voter guide, Romney is now listed as completely supportive of the FRC position on these issues.

The FRC also has specialized voter guides. For those in the military, there is a guide that drops discussion of Planned Parenthood, human cloning, and some gay rights (marriage and workplace discrimination) in favor of new positions on defense spending and the federal debt. There is also a special Vice Presidential voter guide for Catholics, which lists issues touched on by Catholic social doctrine. The FRC also provides a Spanish language guide. The Spanish guide is identical in content to the generic English language guide. There is no discussion of the FRC’s positions on immigration or support of English as the nation’s official language.

The trouble with these types of “voting for dummies” guides is not that they are too simplistic (they are) or that they use slanted language (they do)—a guide, after all, is supposed to tell you what to do.

Sojourners’ voter guide is long on issues and values and short on candidate positions. The Sojourners “Endorsement for President” is a statement that they won’t endorse a candidate, and their “voter guide” doesn’t provide any information on candidates. It is more like a party platform than a guide for voters.

“Christians have a moral and civic responsibility to participate in the political life of society” write Sojourners. “We must, however, remember that God is not a Republican or a Democrat, and prayerfully measure the policies of all candidates against a range of Christian ethics and values.”

The Power to Engage the Missional Mandate of Christ

BBC: Loving Apple looks like a religion to an MRI scan http://goo.gl/f2tAx #ourCOG

What is the difference between holy and righteous in this…