5 unanswered questions about the IRS targeting of conservative groups 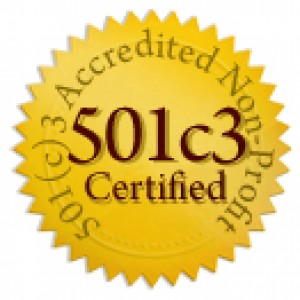 Outrage intensified in Washington on Monday over the disclosure that the Internal Revenue Service targeted conservative groups for special scrutiny when they applied for tax-exempt status. President Barack Obama, at a White House appearance with the British prime minister, said that he wanted all the facts but used strong terms to condemn the reported conduct. “I’ve got no patience with it. I will not tolerate it,” he said. “And we will make sure that we find out exactly what happened on this.”
The Treasury Department’s inspector general for tax administration will release an audit report later this week. In the meantime, here are five big unanswered questions looming over the IRS.

How did this start and why?
In January 2010, a Supreme Court decision known as Citizens United touched off a flood of political spending, much of it classified under a section of tax law known as 501(c)4 that entitles certain “social welfare” groups to tax exemption. Two months later, a special unit of the IRS in Cincinnati assigned to screen applications for 501(c)4 status began searching for groups with descriptions that included “Tea Party” and “Patriots,” according to a partial draft of the inspector general’s report obtained by NBC News. Lois Lerner, head of the IRS division on tax-exempt organizations, said Friday that the targeting of conservative groups was “inappropriate” but “absolutely not” influenced by the White House. She also said that none of the targeted groups was denied tax-exempt status.

What has not been spelled out is who in the Cincinnati office decided to search for conservative groups and why?
At least one Tea Party group called on the administration Monday to appoint a special prosecutor to look into the matter, which it called “un-American and Nixonesque.” One of the articles of impeachment against President Richard Nixon accused him of targeting political opponents for tax audits. Both Republicans and Democrats in Congress are determined to investigate. “I just don’t buy that this was a couple of rogue IRS employees,” Sen. Susan Collins, R-Maine, said Sunday on the CNN program “State of the Union.”

Who knew what, and when, higher in the IRS?
Lerner learned in June 2011 that agents had targeted groups with names including “Tea Party” and “Patriots,” according to the draft obtained by NBC News.
She “instructed that the criteria immediately be revised,” according to the draft. Ten months later, in March 2012, the IRS commissioner at the time, Douglas Shulman, testified to Congress that the IRS was not targeting tax-exempt groups based on their politics. The IRS said over the weekend that senior executives were not aware of the targeting, but it remains unclear who knew what and when. Shulman, who left the agency last fall, has not spoken publicly about the scandal and did not answer a request for comment Monday from NBC News.

Bulgarian Churches in North America: The Unrealized Spiritual Harvest as a Paradigm for Cross-Cultural Ministries among Migrant and Disfranchised Ethnic Groups in America Today

Tune in and ask me any questions you might have……