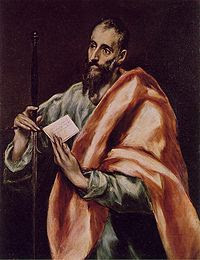 I'm working on my dissertation: "The concept of apostleship in the Pauline literature as it relates to Paul's self-identity and leadership paradigm." After reading several articles (with many, many more to go) it occurs to me that Paul's leadership could be characterized by the following adjectives: visionary, passionate, driven, daring, focused, and consistent. He had a distinct sense of calling and of having a Divine directive to do what he was doing.
In contrast, it seems that much of contemporary leadership lacks direction, lacks a clear sense of purpose, and as such, lacks passion. Too much of contemporary leadership appears to be driven by self-centered motives and the concept of personal sacrifice is anathema to many of our leaders who insist on benefits and bonuses while the ship is sinking.
Within ecclesiastical organizations there is an uneasy awareness that a crisis is looming and that something must be done. But what? Doing something, for the sake of doing something (such as passing a "stimulus package" of almost a trillion dollars without real dialogue with all parties involved) is not leadership. Leadership, such as the Apostle Paul epitomized, had a vision, had direction, and had a real sense of Divine directive.
There are some in ecclesiastical circles who advocate using "apostle" as a title and bringing this leadership title back into the church, but to what end. The title alone does nothing to bring about real leadership, and real leaders do not need the title to lead because they have a calling that compels them to do what is right, even if it is sacrificial. I'd agree with Vinson Synan that real apostles don't need the title, but wannabe apostles insist on having the title neatly printed on a business card as an artificial affirmation of a real call that does not exist.