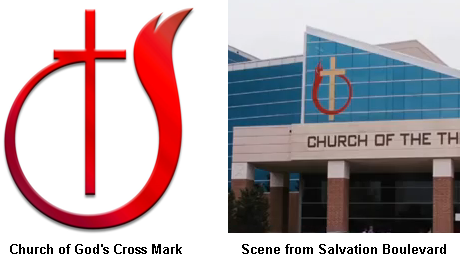 A Pentecostal and evangelical church group based in Tennessee has filed a lawsuit against the distributors of Salvation Boulevard, an independent film centered on a megachurch and its pastor’s unholy acts, for allegedly violating a trademark on their copyrighted cross logo. The Church of God claims in the lawsuit filed last week that Mandalay Pictures, IFC, Sony, and Comcast are using a mirrored version of their logo and that the symbol is protected by copyright. The “Cross Mark,” as it is called, features a cross with a semi-circular flame.

The group claims the four companies are responsible for copyright infringement, trademark infringement and unfair competition and demands that all screenings of “Salvation Boulevard” come to a halt until the matter is resolved. The symbol allegedly used in the film and the one used by the Church of God do appear somewhat similar, but some question anyone’s right to copyright the 2,000-year-old symbol of Christianity.

The U.S. Copyright Office holds registrations for thousands of symbols that make use of the cross.
The church group claims they have been using their unique “Cross Mark” cross design for business-related purposes in the United States since 1986. The Church of God registered their variation of the cross for copyright protection in January 2010. 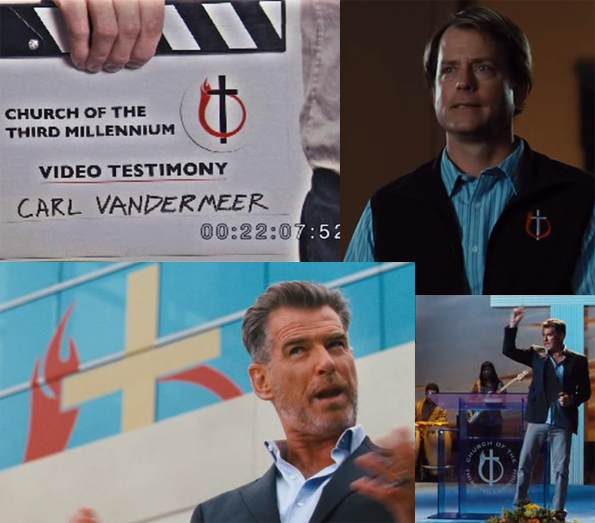 #OurCOG "The Spirit does not come merely to speak, but the speaking is His announcement that He has come to (cont) http://tl.gd/cb6ccv

The River and the Altar

Was David a prophet?

He Will Rule and Reign With Justice and Righteousness