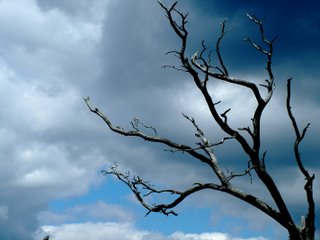 It's official...I am not dead. Several of my blog-mates have told me that they planned a blogging funeral for me, however, I am back from the dead. Here is the reason for my long departure from blogging...I'm moving. Yeah, I know, you were expecting something bigger. Maybe like I had a winning lottery ticket and was afraid to give away my identity. Instead of striking it insanely rich, here are the real details. Read on and I think you will see the problem.

After 5.5 years at College Park, Holly and I are packing up our bags and moving back down to central Florida. Holly is now a full time faculty member at Southeastern University teaching in the English department. We were contacted about the position on a Saturday back in July. (For all of you COG people out there, it was the Saturday before General Assembly) We had a group of youth that we were taking up to Indianapolis to compete in the national teen talent competition. We were scheduled to leave that Sunday. Here's where the fun starts. We were given until Monday morning to make the decision knowing that we would be with youth group students for the next week. Please don't get me wrong, I love being with students on trips. However, this is not the most conducive environment for making such a large decisions. So in an effort to involve our pastor in the decision process, Holly and I decided to talk with him that Sunday before leaving for General Assembly. Here's the really weird part...that Sunday morning he has a heart attack. Needless to say, our meeting with the pastor was not a high priority for him that day. That Sunday, with our pastor in the hospital, the group left for Indianapolis. Through a long series of events, Holly and I decided that she would accept the position at Southeastern. Another problem here is that we could not tell our pastor when we returned because of his heart condition. Thankfully, he is in process of making a great recovery. However, we were only able to make our plans public (ie I resigned) two Sundays ago. And it is at this point that we arrive at my somewhat excusable reason for leaving the blogging community. In short, all I have had going on in my life has been centered around this move. Since it was not public, I had nothing else to blog about! Now that the move is out in the open, I don't have time to blog as I am now single (until I join Holly at SEU) trying to pack one house and get another house ready to sell!

Please excuse my blogging delays, but please be aware that I am not dead and will be back to ranting frantically before you know it.

PS Does anyone know of any open jobs in Central Florida?