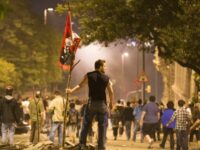 Part Two The following morning, the general’s brother lost his courage. He contacted the general and explained what he had seen in the vision. The general said, “I know this pastor. He is a man of prayer, and I know there are people praying for him. Ask him to pay $600 instead and I will release him—$600. Not a penny more, not a penny less.” The Church treasury had only $200, which was being prepa... »

By Stefan J. Bos, Chief International Correspondent BosNewsLife KYIV/BUDAPEST (BosNewsLife)– The national bishop of Ukraine’s largest Pentecostal-Charismatic denomination, has been freed after being abducted by suspected pro-Russian separatists, his brother and a mission group leader confirmed Saturday, May 17. Bishop Aleksey Demidovich, who leads the Ukrainian Church of God (COG) and ... »