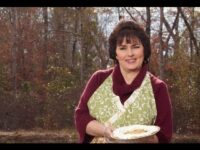 “Duck Dynasty” doyenne Kay “Miss Kay” Robertson will be the guest celebrity for this year’s She: An Expo for Women, scheduled July 27-28 at the Chattanooga Convention Center. The expo is presented by the Chattanooga Times Free Press. Miss Kay will appear onstage July 27 and will give a presentation titled “Faith. Family. Ducks — In That Order.” ̶... »

Obama to College Students: Do Not Celebrate Fourth of July

July 2, 2013 By The Liberty Paper As the country prepares to celebrate its independence from Great Britain President Obama had a completely different message for a group of Congressional Summer interns in Washington: “America is a great country. There is no denying this. However, I caution you all as you step forward in your careers. Peer back into history and ask yourselves- Was a revolution trul... »