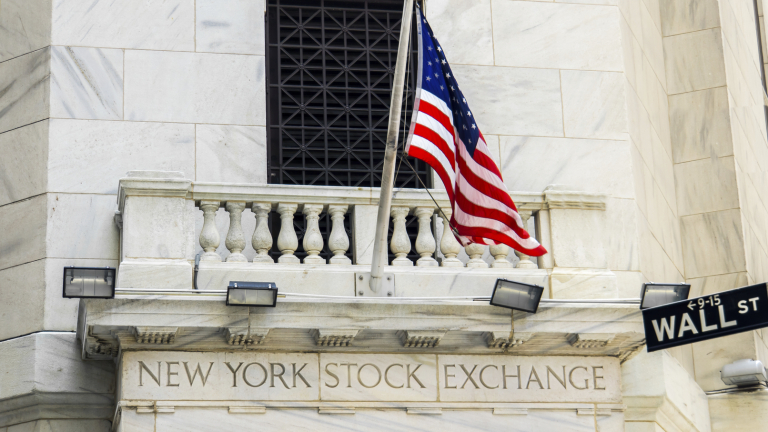 New York City, USA- June 08, 2015 – The New York Stock Exchange building on Wall Street, with a US flag flying on a flag pole

With the Dow Jones industrials above 20,000, it’s natural to ask what’s going on and what, if anything, investors should do. Here are some answers to common questions that people have about the stock market.

A. The Dow has more than tripled from its low point during the recession seven years ago. Some experts have been surprised the market has continued to rise so much in recent months, particularly since corporate profits have been mostly shrinking over the last year and a half, but that doesn’t mean the market can’t go any higher. The market is now in the second-longest bull run since World War II, following the rally of 1990-2002. The election of Donald Trump in November has made investors more optimistic about growth in the economy and the profit potential for industries like banking and energy, which are expected to benefit from his drive to roll back regulations, lower taxes and rev up economic growth. But as financial advisers will tell you, it’s best to base your investing decisions on your own needs and financial plans, not on what the market is doing any given moment. Don’t load up on stocks if you’re getting ready to retire, for example, since they’re more vulnerable to short-term swings than bonds are. If you’re younger and willing to tolerate the risks that come with owning stocks, they’re generally considered a very good long-term investment.

Q. If the market keeps setting record highs, does that mean stocks are getting expensive?

A. By some measures, yes. The long drive up in the market has sent a key barometer of how expensive stocks are above its long-term average. A stock’s price is meant to reflect how much investors expect a company to earn in profits. If those profits grow, you’d expect the stock to rise. Sometimes, though, stock prices rise even if earnings don’t, and that’s when stocks start to look expensive relative to their historical norms. One widely used measure of value divides the price of the Standard & Poor’s 500 index by the annual earnings at those companies over 10 years, adjusted for inflation. That number is currently 28.7, a bit above where it was 10 years ago but far below where it was prior to the dot-com implosion of 2000-2002. Since World War II, the average ratio has been 19.

Q. What exactly does the Dow Jones industrial average measure?

A. The Dow Jones industrial average is calculated using the prices of 30 large, or “blue chip” stocks from various U.S. industries. It’s been around since 1896, when it started out with 12 companies, one of which was General Electric, which is still in the index.

Q. How is the Dow Jones industrial average doing relative to the rest of the market?

A. Not bad, but some other parts of the market are doing even better. Small-company stocks and transportation stocks have had even bigger gains than the Dow has. The Russell 2000 of smaller stocks is up an astounding 38.5 percent over the last 12 months, versus 26.4 percent for the Dow. Investors have been flocking to small-company stocks partly because they expect them to benefit more than large multinationals from a pickup in U.S. economic growth and the lower taxes and deregulatory drive that President Trump is promising. Transportation stocks are up even more. The Dow Jones transportation average, a cousin to the better-known industrial average, has soared 41.2 percent over the last 12 months. Other parts of the market are also up, but not as much as the Dow. The Standard & Poor’s 500 index has also been setting records, as has the Nasdaq composite, which is heavily weighted with technology and pharmaceutical companies. The S&P 500 is up 22.3 percent over the last year, and the Nasdaq composite, is up 25 percent.

A: Not directly. It’s an indicator that stocks generally are doing well, but most stock funds in 401(k) and Individual Retirement Accounts track or compare themselves against other indexes. The Dow had roughly $36 billion in investments tied to it, as of last spring, according to S&P Dow Jones Indices. The S&P 500, meanwhile, had more than $2.1 trillion.

Q. So stocks have gone up a lot, what about bonds?

A. Bond prices have gone down a fair bit since the election, which has sent long-term interest rates higher. The day before the election, the yield on the 10-year Treasury note, which is used to set rates on mortgages and other loans, was 1.85 percent. It now sits at 2.53 percent. Investors have been selling bonds because they expect that the infrastructure spending plans of the president-elect could lead to faster economic growth and higher inflation, both of which are bad for bonds.

Q. What about other markets around the world, how are they doing?