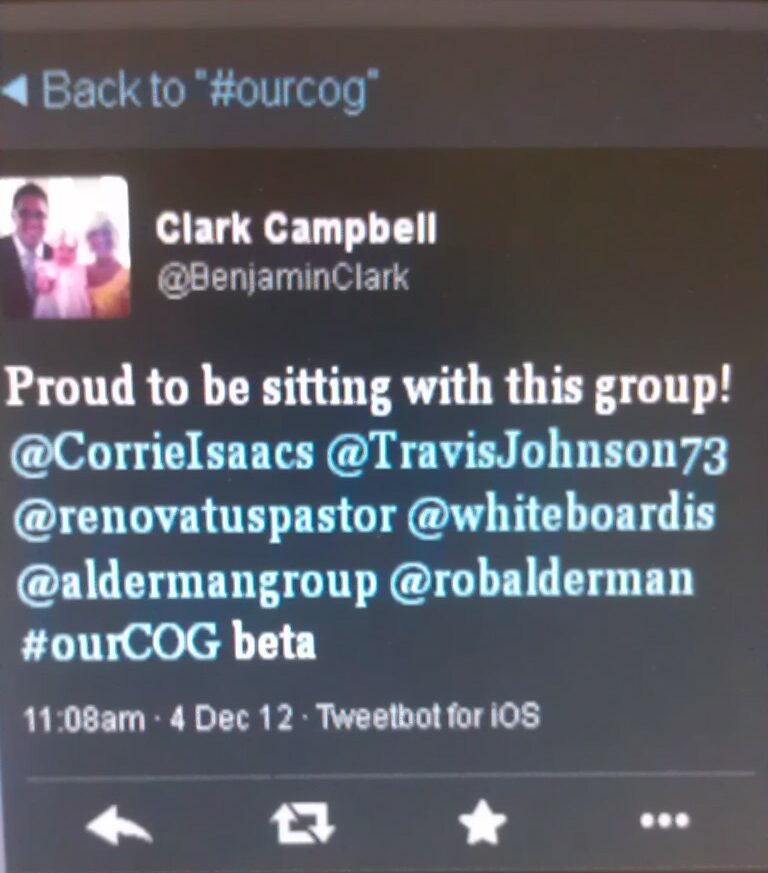 We’re working through things…heading into beta (i’ll have a very few invites that I can dish out)…as do other members of the beta. Then, we’re aiming at an early January launch.

Sitting here and working through this makes me really appreciative for all that’s gone into Actscelerate and the grassroots CoG twitter activity over the past few years.

I think everyone is going to like where this is going…going to be a really great platform for us. It definitely won’t be a replacement of ACTS…think they’ll complement one another well.

Anyway, from me to all the COG social media pioneers, much love. This is a pretty good moment that you made happen. I think Doyle and the Actscelerate tribe and Bibliata who helped fire up the #ourcog hashtag originally have every right to smile and be encouraged for a really great contribution and platform already developed and stout on its own…take on another life and go the next step. 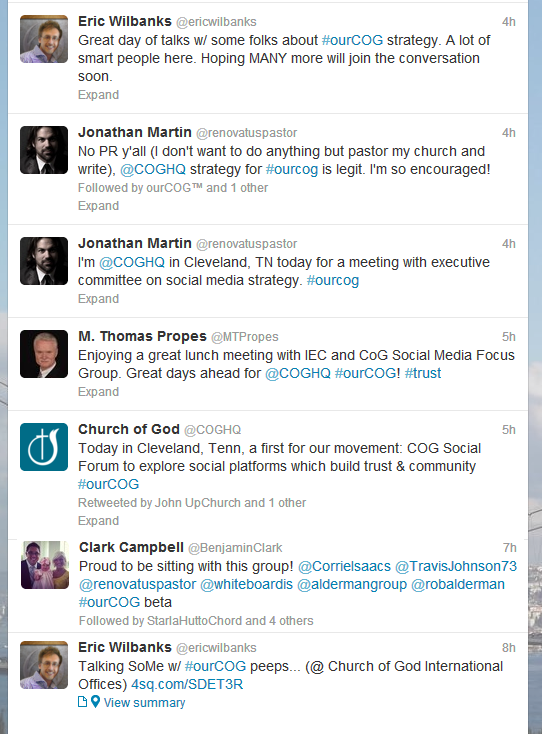 Pick one of the 4 hall marks of the Church…

I’m curious about your thoughts concerning this statement in Romans…