Flashback: (Examiner) – At the Starbucks annual shareholders meeting on Wednesday, CEO Howard Schultz sent a clear message to anyone who supports traditional marriage over gay marriage: we don’t want your business. After saying Starbucks wants to “embrace diversity of all kinds,” he told a shareholder who supports traditional marriage that he should sell his shares and inve... » 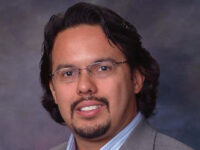 Thou shalt compromise, at least on immigration reform. That is the message being heard from some leading evangelicals in the United States. After decades of promoting traditionally conservative causes like opposition to abortion, many evangelical leadersare now wielding their formidable influence to persuade Republican lawmakers to back one of President Barack Obama’s top priorities. With Hi... »