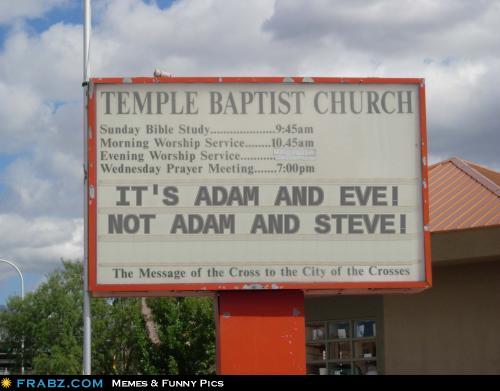 As a Baptist Christian, it grieves me that some of my sisters and brothers in the faith are advocating a position on how the government should deal with same-sex marriage that directly violates what Baptists stand for. The media report that some Baptist clergy are now teaming up with secular opponents of marriage equality to put pressure on members of the Illinois House of Representatives to vote against legislation the Illinois Senate has already passed.

As Baptists we believe that government should have no power to dictate what religious communities teach or expect of their members — that is, there can be no state religion or state-endorsed religion. But that is exactly what some of my Baptist clergy colleagues are demanding: that their own beliefs about marriage be imposed by the government on everyone else, including other religious communities. Not only does that position violate the First Amendment of the U.S. Constitution, it also violates Baptist principles.

But that’s just part of the violation of Baptist principles. We also believe, as Baptists, that authentic religious faith must be grounded, expressed and lived freely, without restrictions by the state. Churches and other religious organizations must be free to instruct and even demand that their members abide by their own religious teachings on a whole range of beliefs and practices, including those that have to do with marriage — such as who can and can’t be married within their tradition. (That, by the way, is what the proposed legislation guarantees.)

But it would be a violation of that principle of freedom, which we Baptists cherish so deeply, if we demand that the government impose our beliefs on other religious communities.

This is a time for Baptists, clergy and lay people alike to stand up for Baptist principles, even if that means that the government allows gay and lesbian people the constitutional freedom to do something (in this case, marry) that some among us believe is unbiblical. It also means, as a matter of Baptist principles, that we allow others among us (Baptists and non-Baptists) to interpret biblical teachings on marriage in a different way.

Other Christian denominations and other faith communities may have their own positions on how governments can or should be used to impose their religious beliefs and practices on everyone else. But let’s not be tempted to stray from the Baptist principles that are essential to who we are before God and the world.

Perry Stone 2 years ago: Crime for churches and ministers to publicly say the gay lifestyle is a sin

Wednesday September 5th – Part 2 – How to Improve Your Marriage