TOP reasons to believe in a pre-trib rapture

While it is hard to settle on the three major reasons for my belief in the pre-trib rapture, I think one of the greatest supports of the pre-trib view is the preponderance of evidence when everything is considered. While I believe there are some key evidences as I will illustrate below, its the overall impact of the many evidences that add to my conviction of the pre-trib view. Perhaps this in itself is one reason, but I’ll suggest three more.

(1) The time of the tribulation is a time of the outpouring of wrath on the world. I believe there is plenty of biblical evidence that the church is not appointed to wrath but promised deliverance. Closely associated with this is the important distinction between the church and Israel. As a time of wrath, it encompasses Daniel’s 70th week when God deals with Israel in the Day of the Lord to purge out the rebels and bring the rest to Christ. In other words, the nature of the tribulation as a time of wrath and the nature of the church as a body of God’s people not appointed to wrath or this kind of divine judgment (Rom. 5:9; 81; 1 Thess. 1:9-10; 5:9). The Day of the Lord is a time that begins with wrath and the church we have been promised the church cannot be overtaken by this great day.

(2) I also believe that the return of the Lord has always been imminent. The pretribulational interpretation is the only view which holds to the coming of the Lord for the church as actually imminent. If the rapture occurs at the end of the tribulation, then that could not be the case. Though a detailed development of pre-tribulationism had not been set forth as with other doctrines, I do believe it can also be shown that the early church believed in the imminency of the Lord’s return.

(3) The many contrasts that can be seen between the coming of the Lord for the church and His second coming to earth. The Bema or Judgment Seat of Christ necessitates an interval of time like the seven-years of the Tribulation. 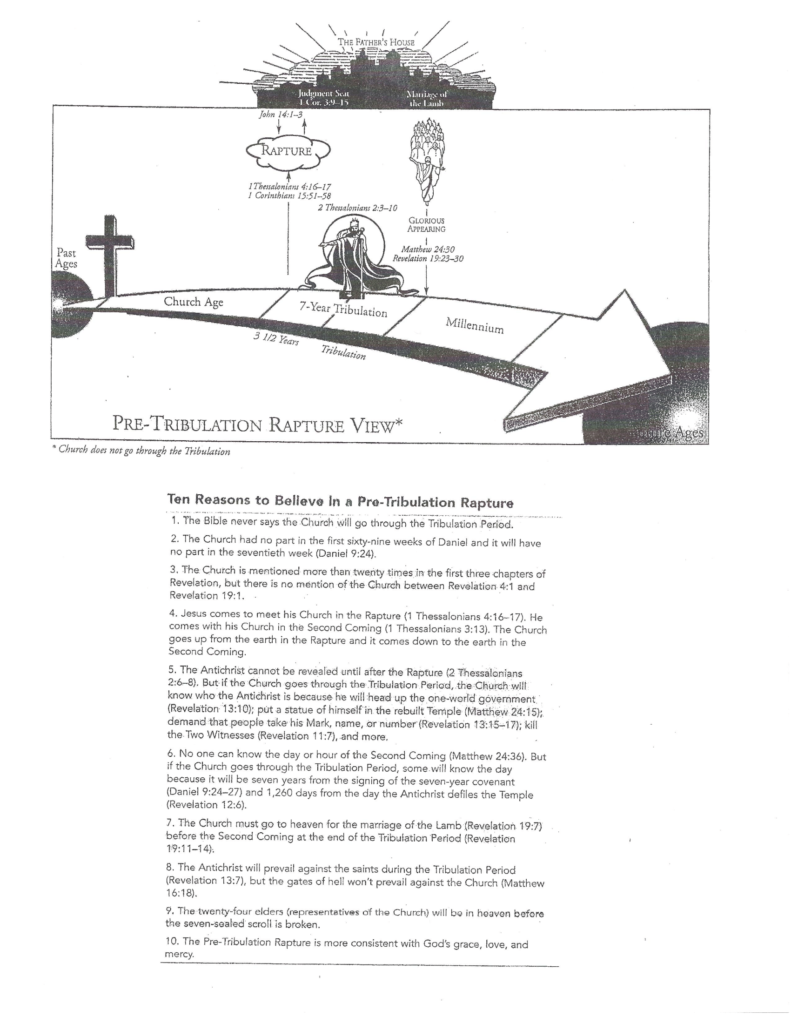 The Strains of Christmas

HOW to preach to Unsaved Christians